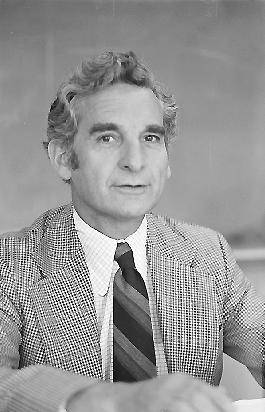 Tony Scott was born and educated in Vancouver, graduating from the University of British Columbia (UBC) in 1946. He completed a Masters degree at Harvard University in 1949 and a Ph.D. at the London School of Economics in 1953. Tony then joined the UBC economics department and rose rapidly through the ranks to become a (full) professor in 1961. Tony later served as department head during a period of rapid expansion of the department (1967-71), playing a pivotal role in building the department and in developing its national and international prominence in research and in graduate education. Tony retired from UBC in 1989 and remains an emeritus professor at the University.

Drawing on his Ph.D. thesis, Tony published a classic book, Natural Resource Economics: The Economics of Conservation in 1955 (republished in 1983). The basic theme of the book is an insight that is now taken for granted that natural resources should be viewed and treated as a form of capital. Such natural capital is subject to biological and physical constraints but is subject to the same principles for efficient use, conservation, and investment as other forms of capital.

In the same year Tony published an important article in the Journal of Political Economy setting out the capital theoretic structure of optimal fishery management. The basic insight of the paper is that a stock of fish or any other renewable resource should be viewed as a form of capital that may be prone to inefficient use either from single-period common property problems (as established by others in prior work) or, if the manager of the resource does not or cannot properly account for the future, from intertemporal market failure.

Based on the work just described and on much other research, Tony is regarded as one of the primary founders of the modern field of resource economics and, for much of his career, was among the leaders of the field. He remains active in the area having recently published (2008) The Evolution of Resource Property Rights with the Oxford University Press.

In addition to his very influential academic research on resources, Tony also had a major impact on resource policy in Canada and in the world as a whole. Of particular significance was his role as Canadian Commissioner (1968-72) of the International Joint Commission dealing with the U.S.-Canada Boundary Water Treaty.

Tony also made other important research contributions, particularly in areas related to federalism - to relations between different levels of government. Much of his work in this area deals with coordination of environmental and resource policies, but the principles developed in his work apply to other policy areas as well.

As with his interest in resource economics, Tony's emphasis on federalism grew in part from his commitment to address economic problems of particular importance to Canada. Conflict and coordination between provincial governments and the federal government has of course been a longstanding area of concern in Canada. However, Tony was also very interested in the relationship between national governments and overarching international bodies - something also of great importance to Canada. It is also an area where Canada has had much more influence than it size or importance might suggest - both in academic research and in the actual design and performance of international institutions. Tony was, in particular, prescient in anticipating how important international coordination would become in dealing with environmental and resource issues.

Tony often argued that Canadian economists should specialize more in areas that arise from the Canadian economic experience, writing in 1973 that "Canadians have taken on too wide an agenda and insufficient concentration on particular researchable problems." Tony was a strong believer in applying the principles of specialization and comparative advantage to the economics profession and was a major contributor to Canada's emergence in the 1960s and 1970s as a leader (perhaps the leader) in resource economics and in areas of public finance dealing with relations between different levels of government. While the geographical pattern of specialization in economics has changed since then, the principle that such specialization leads to a more productive research enterprise remains important.

Over the course of his career Tony has received many honours. In particular, Tony is a fellow of the Royal Society of Canada and won the Society's 1987 Innis-Gérin medal, the Society's major social science award. Tony is the only economist to have won this award (which is given at most every second year and usually less frequently) in the past 25 years. Among his other honours, Tony is also an Officer of the Order of Canada.

Of particular importance to the Canadian Economics Association (CEA) is Tony's role as the founding President of the Association (1966-67). Economics and political science were previously combined in a single association. By the mid-1960s both disciplines had grown in size and scope and had diverged markedly in both subject matter and method, with economics having become more mathematically rigorous and more closely based on the scientific model. Recognizing the need for a split, Tony played a central role in forming the CEA. The structure created at that time proved very effective and robust, evolving into the very successful organization the CEA is today.

Tony has made many other important contributions to the economics profession, including serving as Editor of Canadian Public Policy (1982-86). Although his primary affiliation throughout his academic career has been at UBC, he has made extended and influential visits to a number of other universities, including Chicago, Harvard, and the Australian National University. He has also served on a variety of Royal Commissions and International Commissions.

Tony is an exceptional scholar and builder whom the CEA is fortunate to be able to honour as an inaugural fellow of the Association.