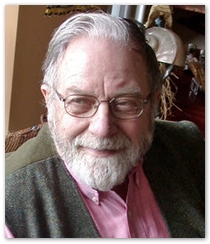 In his long, distinguished and continuing career Richard Lipsey covers virtually all aspects of the discipline. He has done important and influential research in all the broad areas of economics except theoretical econometrics. He has had a profound influence on Canadian economic policy. He has had a major impact on the teaching of economics around the world. The many students who did their Ph.D. degrees under his supervision include Robin Boadway, Craig Riddell, John Vanderkamp, and John Whalley. He has held a number of important administrative positions, including Dean of the School of Social Science at Essex, Managing Editor of the Review of Economic Studies, and founder and leader of the CIAR Program on Economic Growth. In short, Richard Lipsey has done it all. Naturally, this astonishing record of achievement has garnered many honours and awards, including 9 honorary doctorate degrees and a fellowship of the Econometric Society. Here I will touch on some of the highlights of his research, his policy work, and his impact on the teaching of economics.

His 1956 paper with Lancaster, "The General Theory of Second Best" (Review of Economic Studies, 1956), had an enormous impact and is still widely cited. In a 2007 special issue of International Tax and Public Finance devoted to assessing the impact of second best in public economics, Vidar Christiansen offers the opinion that "this article established second best analysis as the prevailing approach to normative economic analysis."

Beginning with his Ph.D. thesis, subsequently published as a monograph entitled The Theory of Customs Unions: A General Equilibrium Analysis (Weidenfeld and Nicholson 1970), Lipsey was one of the primary architects of the neoclassical theory of customs unions, and his survey paper on customs unions, The Theory of Customs Unions: A General Survey (Economic Journal, 1960), was for decades required reading for serious students of international economics.

His Phillips Curve paper, "The Relationship between Unemployment and the Rate of Change of Money Wages in the United Kingdom 1862-1957: A Further Analysis" (Economica, 1960), was more influential than the work of anyone other than Phillips himself. As David Laidler observes, this paper offered, among other things, the first search theoretic analysis of unemployment.

Through his joint work with me, Lipsey was a major contributor to what came to be known as the new industrial organization. In the words of Richard Harris, "The Theory of Market Pre-emption" (Economica, 1979), "anticipated many of the ideas in the subsequent entry deterrence literature." Our work on economic geography, especially our "Economic Theory of Central Places" (Economic Journal, 1962), has had a significant impact on economic geographers.

In "The Foundations of the Theory of National Income: An Analysis of Some Fundamental Errors" in Essays in Honour of Lionel Robbins (Weidenfeld and Nicholson, 1972), Lipsey sorted out some important confusions regarding the roles of definitional identities and behavioural equations in macroeconomic models that can be traced back to Keynes and that pervaded the then-current macro texts.

Much of Lipsey's research effort in the last 15 years has been devoted to the study of the economic implications of technological change. Thomas Courchene has offered the opinion that "this is the most exciting area of Lipsey's writings." Early on Lipsey saw the transformational implications of the technological revolution we are living through. His book with Clifford Bekar and Kenneth Carlaw, Economic Transformations: General Purpose Technologies and Long-Term Economic Growth (Oxford University Press, 2005) draws together many of his contributions in this area.. This important book won the 2006 Schumpeter Prize.

In the 1960s Lipsey had a big impact on economic policy in Britain, and it is fair to say that, since he returned to Canada in 1969, he has had a bigger impact on Canadian economic policy than anyone outside of government. Here I will talk about one of the big policy issues he has had a major hand in crafting. He was among the first economists to see that Canada needed to secure its access to the US market. His monograph with Murray Smith, Taking The Initiative (C.D. Howe, 1985), which appeared before the publication of the MacDonald Comission, helped make free trade with the US a respectable topic in Ottawa. He wrote more than a dozen pamphlets analyzing the issues in the debate. With Robert York, he wrote a monograph that examined and assessed the agreement, item by item (Evaluating the Free Trade Deal, C. D. Howe, 1988). He gave hundreds of talks on the issues. Wendy Dobson quotes Paul Wonnacott saying "... without Lipseys involvement and influence, the FTA might not have happened." Subsequently, as Chair of the governments subcommittee overseeing the implementation of the FTA, the International Trade Advisory Committee, he was instrumental in helping to transform a bilateral trade negotiation between the US and Mexico into trilateral negotiations that culminated in NAFTA.

Finally, something must be said about Lipseys textbooks. His original principles textbook, An Introduction to Positive Economics (Weidenfeld and Nicholson, 1963, and translated into 18 foreign languages), successfully took on the Austrian intuition-based methodology as expounded by Lionel Robbins in An Essay on the Nature and Significance of Economic Science. In writing this book, Lipsey took his theme from Einstein who advocated that "everything should be as simple as possible, but not simpler." Michael Parkin's remarks on his reaction to this first edition are worth quoting: "I vividly recall my excitement when I first saw this book in December 1963. I bought the book at lunchtime ... . From the first sentence I was hooked. By late that same evening, I had devoured the entire book." Peter Steiner observes that, with this book Lipsey had a profound beneficial impact on the entire principles market because he "made respectable the honest, undoctrinaire text, that demanded hard work on the part of the reader, and did not pretend to have easy answers to every hard question." Steiner goes on to say that "It is my view that, of post-war economists, Lipsey is one of the three most important purveyors ... of the insights of our discipline, the other two being Paul Samuelson and Milton Friedman. If Lipseys influence is less well appreciated than theirs it is in large part because of his decision not to exaggerate his message."

[B. Curtis Eaton, University of Calgary]