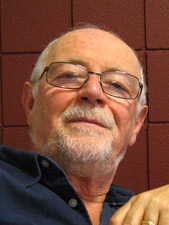 The theme of David Laidler's research is summed up by the title of his 1988 Presidential address to the CEA, Taking Money Seriously (CJE 1988) and in the titles of selections of his articles, Essays on Money and Inflation (1975), Monetarist Perspectives (1982), Taking Money Seriously (1990), Money and Macroeconomics (1997), and Macroeconomics in Retrospect (2004). He has taken a leading role in the monetarist tradition of analysis of the crucial role of money in determining inflation and short-run economic fluctuations ever since, as a doctoral student at the University of Chicago, he was a research assistant for Milton Friedman and Anna J. Schwartzs Monetary History of the United States, 1867-1960 (1963). David Laidler has been an eloquent advocate and defender of Friedmans Chicago monetarism both upholding monetary explanations of inflation, and the absence of longrun real stimulus from monetary expansion, against Keynesians (Old, New, and Post) and insisting on the importance of money for short-run real fluctuations against New Classical claims that any systematic monetary policy will be neutral. His textbook The Demand for Money - Theories and Evidence was published in four English language editions from 1969 to 1993, as well as in Spanish, French, Italian, Japanese, and Chinese, while his Introduction to Microeconomics had four English language editions from 1974 to 1994 (the last two co-authored) and was translated into Spanish, Polish, Italian, and Bulgarian. The first of his family to attend university, David Laidler grew up in Newcastle on Tyne, England, where his father had a fish and chips shop. A graduate of the London School of Economics, Syracuse University, and the University of Chicago, he has been a Fellow of the Royal Society of Canada since 1982, and was President of the Canadian Economics Association in 1987-88. Distinguished Fellow of the History of Economics Society in 2009, David Laidler has championed the need for macroeconomic theorists and policy analysts to have a historical perspective on how their field has evolved, notably in his The Golden Age of the Quantity Theory: The Development of Neoclassical Monetary Economics, 1870-1914 (1991) and Fabricating the Keynesian Revolution: Studies of the Inter-war Literature on Money, the Cycle, and Unemployment (1999). He has also been an influential writer about Canadian monetary policy: The Great Canadian Disinflation: The Economics and Politics of Monetary Policy in Canada, 1988-1993 (with William Robson, 1993), shared the first Doug Purvis Memorial Prize for a work of excellence in Canadian economic policy, and Two Percent Target: Canadian Monetary Policy Since 1991 (with William Robson, 2004) won the Donner Prize for outstanding book of the year on Canadian public policy. After teaching at the University of Manchester and the University of California, Berkeley, David Laidler joined the University of Western Ontario in 1975, and was Bank of Montreal Professor there from 2000 to 2005. Two volumes on David Laidler's Contributions to Economics have been edited by Robert Leeson (Palgrave Macmillan, 2010).