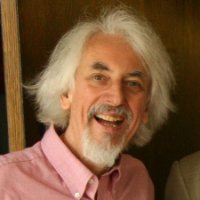 The Canadian Economics Association is delighted to announce the election of Russell Davidson as a Fellow of the Association, the highest honour that the Association can bestow. Davidson, a Professor of Economics at McGill University and a professor emeritus at the Université d'Aix-Marseille II (where he was a professor from 1987 to 2006), is a Fellow of the Econometric Society. He has made major contributions to theoretical econometrics, particularly with regard to bootstrap methods and specification testing, and to the application of the concept of stochastic dominance to the study of income distribution. He has written two books, Estimation and Inference in Econometrics (New York: Oxford University Press, 1993) and Econometric Theory and Method (New York: Oxford University Press, 2004), both coauthored with James MacKinnon, who is also becoming a Fellow of the Canadian Economic Association today.

Originally from Scotland, Russell Davidson holds two doctorates: a PhD in theoretical physics from the University of Glasgow in 1966, with a thesis on “Kinetics of Plasma in a Uniform Electric Field,” and a PhD in economics from the University of British Columbia in 1977, with a thesis entitled “Essays in Comparative Dynamics.” He initially came to UBC as a post-doctoral fellow in physics, and has published extensively in both disciplines: 21 journal articles in theoretical physics (two of them more than two decades after receiving his economics PhD) and 74 (and counting) in economics. Most of his economics articles are in theoretical economics, but some (written with Richard Arnott of Queen's University) were in urban economics, dealing with spatial aspects of housing quality, quantity and maintenance. Russell Davidson joined Queen's University as an assistant professor in 1977, becoming associate professor in 1982 and full professor in 1985. He moved from Queen's to McGill University in 2002 to accept a Tier 1 Canada Research Chair. James MacKinnon had joined Queen's in 1975, and from 1980 onwards Russell Davidson and James MacKinnon have published extensively and influentially together.

Russell Davidson was the Canadian Economics Association's Innis Lecturer in 2010, speaking about “Inference on Income Distribution,” Canadian Journal of Economics 43:4 (November 2010), 1122-1148. He was President of the Association in 2014-15, giving his presidential address on “Computing, the Bootstrap and Economics,” Canadian Journal of Economics 48:4 (November 2015), 1195-1214. These public addresses provide the most accessible introductions to his work on bootstrap methods in econometrics and the application of stochastic dominance and bootstrapping to the empirical study of income distribution.