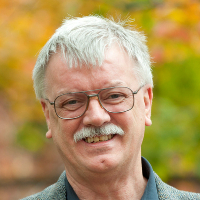 After starting his career at the University of Bristol in 1978 and spending a year visiting Princeton University, he moved to McMaster University from 1984-1998. In many ways, his time in Canada was the central part of his academic career. He moved to the University of Copenhagen in 1998 and became Professor of Economics at the University of Oxford in 2006. In his years in Canada, Martin had a very distinguished record. Shortly after coming to McMaster, he published a classic paper (Econometrica, 1985) that altered the way intertemporal demands are understood and estimated. In the early 1990s, he went on to address the roles of household members’ work patterns on demand systems (Econometrica, 1991), and to work on models of intertemporal substitution and demand (Econometrica, 1994). In turn, this led to transformative work on intra-household allocation and the collective model of household decision making that has changed how economists think about all aspects of behaviour in a household context. The seminal papers here are in the Journal of Political Economy 1994 and Econometrica 1998. Current research on the behaviour of households has much of its foundation in the 25 papers Martin published in his time at McMaster.

In this period, Martin also won the CEA’s John Rae Prize for recent research excellence (1996), was elected a Fellow of the Econometric Society (also 1996), and was appointed University Professor at McMaster (1997), the university’s highest academic honour. He co-directed the Canadian International Labour Network (1996-1999), was co-editor of the Journal of Human Resources and was on the Board of Editors of the Journal of Economic Literature.

The CEA takes great pleasure in welcoming Martin Browning as a Fellow of the Canadian Economics Association and celebrating his achievements.