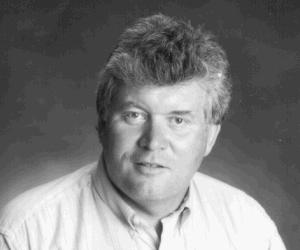 Congratulations to the 2022 Prize Winners Nouri Najjar (Western University) and Jevan Cherniwchan (Carlton University) for their paper "Environmental Regulations and the Cleanup of Manufacturing: Plant-Level Evidence" in the Review of Economics and Statistics.

The Doug Purvis Memorial Prize is awarded annually to the authors of a highly significant, written contribution to Canadian economic policy.  The award was established in 1994 in honour and memory of noted Canadian economist Doug Purvis. The competition is open to all forms of print media in which material relevant to Canadian economic policy appears, including books, single articles in scholarly journals, government studies including monographs done for royal commissions, think tank reports and a series of articles in newspapers or magazines.The Doug Purvis Memorial Prize selection committee is made up of five Canadian economists from academia, government and the private sector.

The memory of Doug  Purvis is also honoured each year with the Purvis Lunch at the annual meetings of the Canadian Economics Association, at which the Purvis Prize is awarded to the winner. The Purvis Lunch also features the Doug Purvis Memorial Lecture about economic policy topics by eminent economists. Since the Prize was first awarded in 1994, a quarter century has passed. Today it is widely recognized in the economics profession as the premier academic award for Canadian economic policy contributions.

The Canadian Economics Association is grateful to the family of Doug Purvis for funding the prize, and for their continuing support. The CEA would also like to acknowledge with gratitude all other donors who have contributed to the prize: Power Corporation, TD Canada Trust, RBC, CIBC, Horizons ETFs, Shawcorp, Lang Michener, the Cidel Group, and the Felesky family.

Nominations are requested for the 2022 award of an annual prize to honour the memory of the late Douglas D. Purvis. An award of $15,000 is to be presented for a work of excellence relating to Canadian economic policy and published in 2021. The award is open to all forms of written media in which material relevant to Canadian economic policy appears, including a series of articles in newspapers or magazines, books, single articles in scholarly journals, government studies including monographs done for royal commissions, other official documents, and think-tank reports. To be eligible, the material must be published and primarily, but not necessarily exclusively, related to some issue in Canadian economic policy.

Nominations were to be submitted by Friday March 11, 2022. Electronic submissions (in PDF format) are preferred and should be sent to Sonya Marion at office@economics.ca with "Purvis Prize" included in the subject line. Your email should include the name and address of the nominator and full details of the nominee, including affiliation. Individuals wanting to submit their Purvis Prize submissions by hardcopy need to contact Sonya Marion at office@economics.ca for further instructions.

PAST WINNERS
(by year of award)

2021 Chris Riddell and W. Craig Riddell for: Interpreting Experimental Evidence in the Presence of Postrandomization Events: A Reassessment of the Self-Sufficiency Project. Journal of Labor Economics 38 (4), 873-914. And,

2020 David Card (University of California, Berkeley) and Philip Oreopoulos (University of Toronto), editors of “Small Differences II: Public Policies in Canada and the United States”, a special issue of the Journal of Labour Economics. 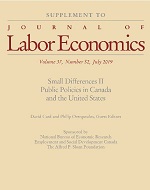 "The issue of the Journal of Labor Economics edited by David Card and Philip Oreopoulos is a gift to Canadian public policy research.  The editors put together a strong team of researchers who provide a wealth of information for the development of economic policy in the field of labour economics.  Each paper alone might contend for the Purvis Prize, but taken together they are greater still – creating a comprehensive, interdependent and state-of-the-art volume on the Canadian policy landscape."  - Prize committee comment

2019  Lars Osberg for his work The Age of Increasing Inequality: The Astonishing Rise of Canada's 1%, 2018.

2016  The Ecofiscal Commission for their report The Way Forward: A Practical Approach to Reducing Canada's Greenhouse Gas Emissions, April 2015.

2011  Kenneth McKenzie and Natalia Sershun (both University of Calgary) for their article Taxation and R&D: An investigation of the Push and Pull Effects.

2010  Bev Dahlby (University of Alberta) for his article Once on the Lips, Forever on the Hips: A Benefit-Cost Analysis of Fiscal Stimulus in OECD Countries, C.D. Howe Institute Backgrounder.

1999  John Helliwell (University of British Columbia) for How Much Do National Borders Matter (Brookings Institution).

1997  Pierre Fortin (Université du Québec à Montréal) for his article The Great Canadian Slump, Canadian Journal of Economics.
Edward Greenspon (The Globe and Mail) and Anthony Wilson-Smith (MacLean's Magazine) for Double Vision - The Inside Story of the Liberals in Power (Doubleday).